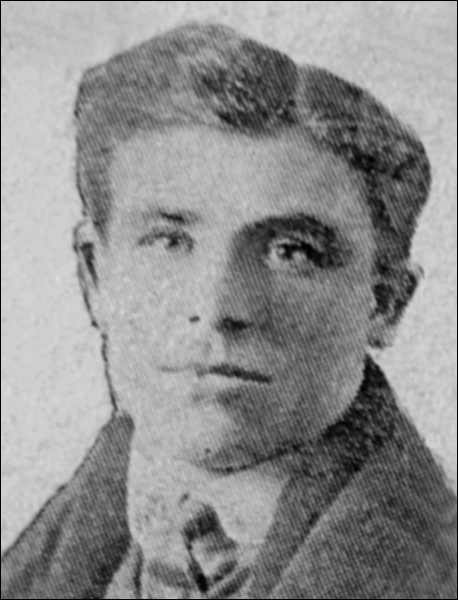 Commemorated on the St. Augustine's Memorial.
Commemorated here because identified as Tipton on 'Soldiers Died in the Great War'.

Frank Horton attested on 11th August 1914 with the 6th Worcesters for 6 years service in the Special Reserve. He was 22 years old, 5 feet 5 inches tall, weighed 140lbs with a 37½in chest, had grey eyes, brown hair and had tattoos on his left forearm. His religion was given as Church of England, his occupation Edge Tool Polisher, and he had no previous Military service. He was immediately mobilised and 4 months later landed in France, on 12th December 1914.

The 1st Worcesters were attached to 24th Brigade in 8th Division, and had landed in Le Havre on 5th/6th November 1914. They moved to the Neuve Chapelle area, where the line had stabilised after fierce fighting in October. German artillery fire was constant, 40 men of the 1st Worcesters were killed in the remaining 6 weeks of 1914.

The 1st Worcesters came out of the line on 13th December, resting and refitting at Estaires where Frank would have joined them. They stood by on the night of 18th/19th December when other troops of the 8th Division made an attack to harass the enemy, but were not required. On the 19th, the 1st Worcesters moved back into trenches adjacent to the Rue de Carmin, just north west of Neuve Chapelle.

Frank is recorded as being killed in action on the 19th December, the very first day he went into the front line trenches.

He was buried three quarters of a mile west of Neuve Chapelle on the Estaires Road, which must be close to Pont Logy. His grave was subsequently lost, and he is commemorated on the Le Touret Memorial.

Tipton Herald 3rd April 1915
ANOTHER TIVIDALE MAN KILLED.
Information has been received that Pte. Frank Horton, of Dudley Road, Tividale, who belonged to the 3rd Worcestershire Regiment, was killed in action at Neuve Chapelle. Horton was a single man, 22 years of age, and was employed at the Brades Steel Works, Oldbury. He was one of the first in the district to join Kitchener's Army.